Following the second train derailment in four days, MBTA General Manager Steve Poftak said Tuesday he is confident the transit system remains safe but recognizes the incidents are “not acceptable” and will solicit an outside review.

The early morning Red Line derailment Tuesday snarled morning rush-hour traffic, forcing commuters onto crowded shuttle buses and slowing trains around the area. Officials have not yet determined the cause, and although service was restored for Braintree and Ashmont lines by late in the afternoon, delays were still expected.

Four MBTA passenger trains have now derailed this year, including a Green Line trolley in a Saturday incident. Poftak said at a Tuesday afternoon press conference that officials will now ask a third-party firm to examine all MBTA derailments in the past two years.

“I want a fresh set of eyes on this to make sure we’re not missing something,” Poftak said. “We have done investigations into all of these derailments, obviously, and where root causes are identified, we’ve taken comprehensive steps to mitigate them. But I think we have an obligation to the riding public and the taxpayers of this commonwealth to make sure we are taking every step possible to address this issue.”

An MBTA spokesman said that an organization had been selected for the review, but he did not immediately provide the name.

Tuesday’s incident at the JFK/UMass stop created significant challenges for commuters and the MBTA. Poftak said during an afternoon press conference that bus shuttles would continue to replace Red Line coverage between Broadway and North Quincy through the evening, but the MBTA announced around at 4:30 p.m. that Red Line service had been restored for the Braintree and Ashmont lines.

Braintree passengers were told to switch at JFK/UMass, while Ashmont line riders did not need to change trains. Commuters should still anticipate delays of 15 to 20 minutes because trains will move slowly through the affected station, the MBTA said, and four additional commuter rail trains departing at 3 p.m., 4:30 p.m., 6 p.m. and 7:20 p.m. were added to make stops at a handful of Red Line stations between South Station and Braintree.

The derailed train still remains on site, but additional tracks were used to restore service.

Poftak said the train derailed underneath a bridge at the station and, in doing so, it caused “significant damage” to the signal infrastructure, creating further complexities. He expects the affected cars to be removed within 24 hours, but described it as a “delicate piece of work” that will require several cranes.

One crane will need to be stationed on Columbia Road, Poftak said, so further impacts on car traffic are likely. State police later indicated they would close Interstate 93 ramps to Columbia Road overnight starting at 7 p.m. Tuesday, and Columbia Road will be closed from Dorchester Avenue to Kosciusko Circle.

Two passengers reported minor injuries in Tuesday’s derailment and 11 were hurt in Saturday’s, but Poftak stressed that he is confident in the system’s safety.

“We have a comprehensive system of maintenance and inspection protocols in place,” he said. “I use the system every day. I believe it’s safe.”

The derailment drew a fresh round of criticism from wide swaths of the public, including frustrated riders, business leaders and lawmakers. Somerville Mayor Joseph Curtatone, Greater Boston Chamber of Commerce President James Rooney, and Sen. Eric Lesser all independently described the transit system — and the ubiquitous congestion on the region’s roadways — as a “crisis.”

Richard Dimino, president and CEO of A Better City, said in a press release that the derailments reveal “decades of neglect and underinvestment impacting our whole transportation system.”

“The business community, riders, public officials, and other stakeholders must come together this year to find real solutions, including new revenue, to bring forth the modern, comfortable, and convenient system Massachusetts residents deserve and are demanding,” he said.

Sen. Cindy Friedman acknowledged the topic at a Joint Committee on Health Care Financing hearing, welcoming late arrivers who “braved getting to the State House.”

“We won’t talk about whether we need more funding for the T,” she said. “That’s for another group.”

On the same morning as the derailment, a Boston Globe-Suffolk University poll was released in which about 61 percent of respondents said their commutes have become worse in the past five years, compared to 22 percent who said the quality remained the same and just 11 percent who said it improved.
The incident also came one day before state lawmakers are set to debate a constitutional amendment that would raise taxes on the wealthy specifically to fund education and transportation improvements. And next month, fares across most of the system will increase as the MBTA once again faces a budget deficit.

Poftak responded to frustrations Tuesday by pointing to forthcoming investments, noting the MBTA plans significant capital improvement spending to address what officials now say is a $10 billion price tag to bring all equipment and infrastructure up to date.

“We are building a better system, we are enhancing safety,” Poftak said. “Customers are going to start to see the results of these as we go. I understand there’s frustration. I’m frustrated we’re having this. We want to provide a much higher, more reliable level of service to our customers, and we are actively taking steps to invest that money so we can provide that service.”

Among the investments the T is planning is a full replacement by 2023 of all 252 cars in the Red Line fleet.

Gov. Charlie Baker, who was in Springfield on Tuesday, told reporters that he believes the MBTA is pursuing necessary infrastructure updates, according to an audio recording provided by his office.

“I’ve said many times that the T has not been investing in its core systems the way it should be for a long time,” Baker said. “There’s currently programming in place to invest in tracks, signals, switches, trains, power systems and electronics, many of which will replace existing systems that are 50, 60 and 70 years old. It’s overdue. We want to make sure we get it right. I wish we could install it all tomorrow. We can’t, but I believe we’re heading in the right direction on that stuff.”

Poftak said he spoke with the governor and received a similar response.

“The governor obviously wants this system to run safely,” Poftak said. “But he also understands that we are making a tremendous amount of investment in this system and we are headed in the right direction. He also wants to make sure we turn over every rock to understand why this happened.” 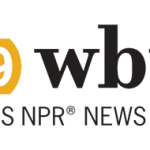